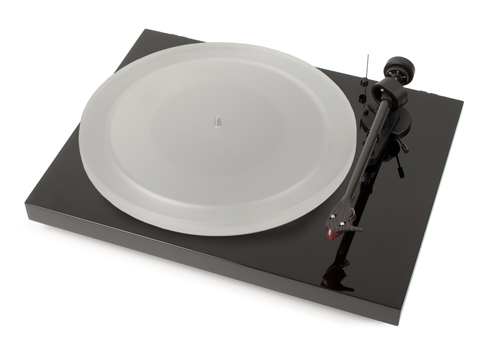 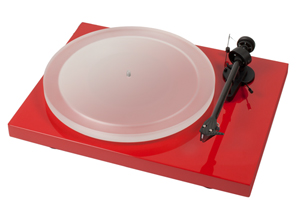 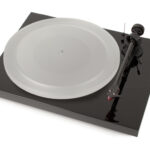 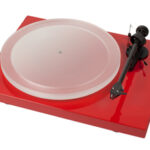 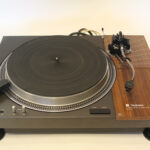 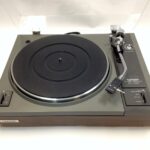 Superb new turntable from Project, this is a nice update of the Debut range that adds an acrylic platter to overcome the resonance issues inherent in the old steel platters.

And then they added a carbon fibre tonearm to further reduce resonance and a speed box to overcome the inconvenience of belt changes for 33/45.

The results are a fantastic deck that frankly sounds like it should cost double, even before you play with the possibilities of personalising cartridges.  Oh and it looks beautiful, no bad thing with a turntable!

As well as being convenient, the speed control system also allows for smoother motor operation – further reducing unwanted resonances. Another sonic benefit is found in the Esprit’s included platter upgrade. Acrylic is a an excellent playback platform, as it offers almost no resonance in the audible frequencies and negates the need for a slipmat which can sometimes cause problems.