View basket “Hana MH – Moving coil cartridge” has been added to your basket. 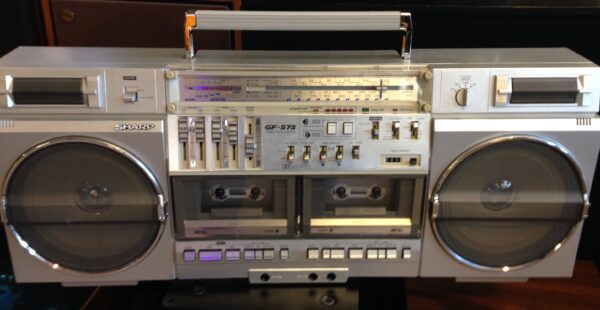 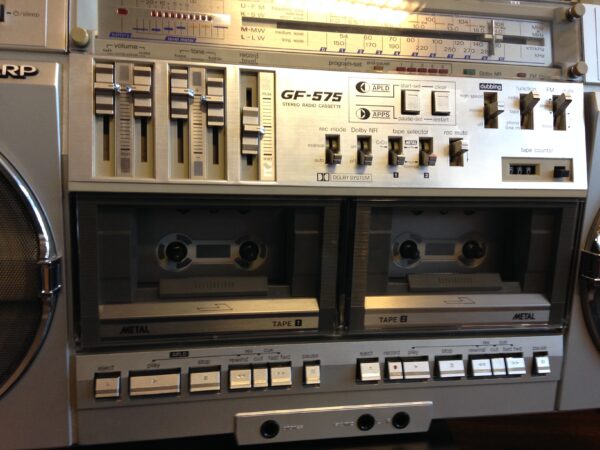 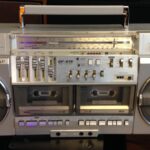 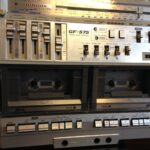 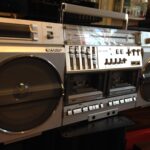 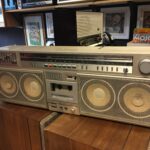 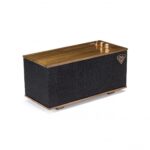 The GF575 ghettoblaster was made in 1982 and 1983 by Sharp. It's very long (685mm including the tuner knob), which is a good idea because it increases the perceived stereo separation. It is also very attractive. The speaker grills have lateral “structural braces” that look cool. It's not a very common model, so it's worth adding to your collection if you can find one.

Some of them have a black control face, while others have a silver control face. If you want to buy a silver one, you should ask for close-up photographs, because the silver paint around the controls is soft and easily damaged.

Sharps in general tend to sound a bit brassy. This one is no exception. It has 16cm woofers and “horn tweeters”, and it is powered by a Toshiba TA7246AP amplifier chip. According to the service manual, the output power is 2x7W RMS. There was a label on the tape door saying 32W, but that is PMPO (Peak Momentary Power Ouput), which is nonsense. Sharp says the tape deck offers a frequency response of 30 to 17,000 Hz when using Metal tape, which is quite good for a boombox.