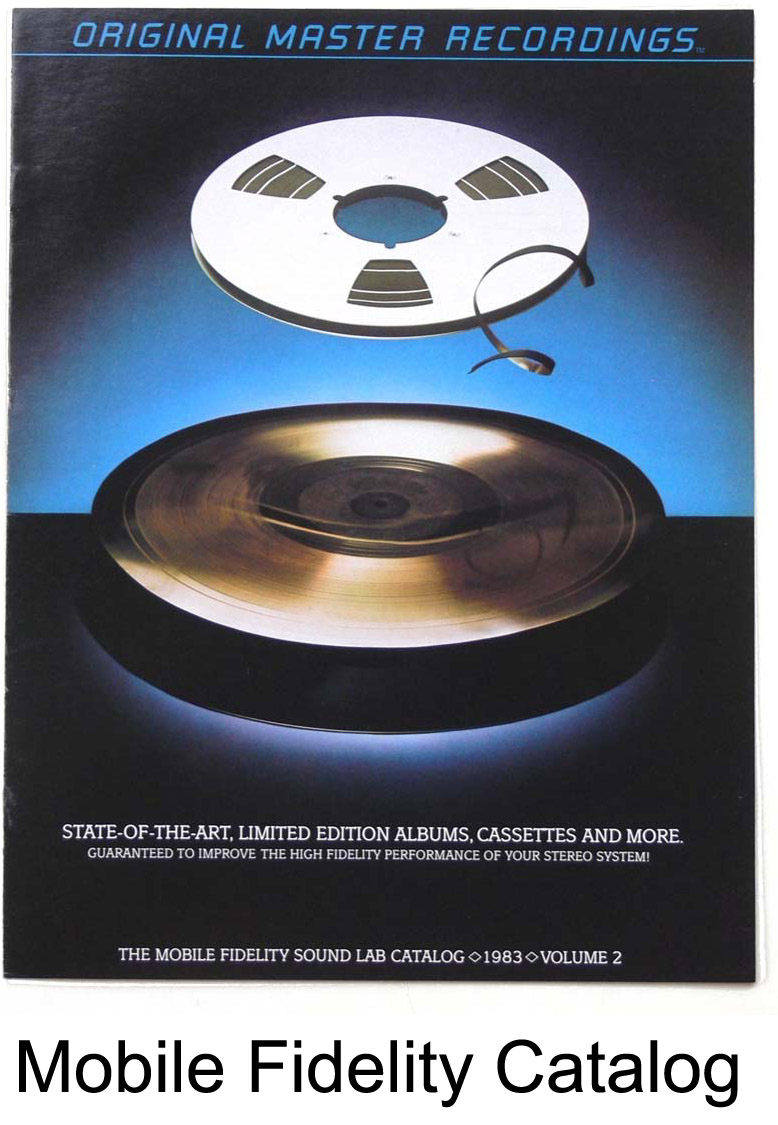 In the late 1970s, a company called Mobile Fidelity Sound Labs, founded by Brad Miller, decided that it was time to produce audiophile records, meaning records that manufactured to sound good as the music on them, and records intended for people who actually care how their music sounds.

Mobile Fidelity wasn’t new; the company had been founded around 1960 as an outlet for recordings of locomotives for train buffs. The company later expanded to include a few race car recordings, but through the 1960s, they were mostly a company that produced high-quality, but little-noticed, sound effects records.

In the mid-1970s, the owners of the label had noticed that the records issued by the major labels were of relatively poor quality and that they sounded a lot worse than what had been available ten or fifteen years earlier. They came up with what was then a novel idea to produce higher-quality records than what was then available, allowing listeners to experience well-recorded albums, such as Pink Floyd’s The Dark Side of the Moon or John Klemmer’s Touch, as they were meant to be heard.

Miller’s plan was to approach the major labels and license recordings to some of their albums from major artists. They would negotiate, for example, with Capitol Records to release Pink Floyd’s The Dark Side of the Moon themselves. They would insist on using only the master two-track tape, rather than a copy, or a copy of a copy.

The acetate from which the stampers were made was cut on the lathe using a process known as half speed mastering. Half speed mastering was a process where both the tape recorder playing back the album during mastering and the cutting lathe that cut the acetate from which stampers were made were both run at half of the normal speed, thus creating a more accurate groove in the record. This process, which required special equipment and a lot of extra time, was also thought to improve spatial imaging and bass response in the finished product. 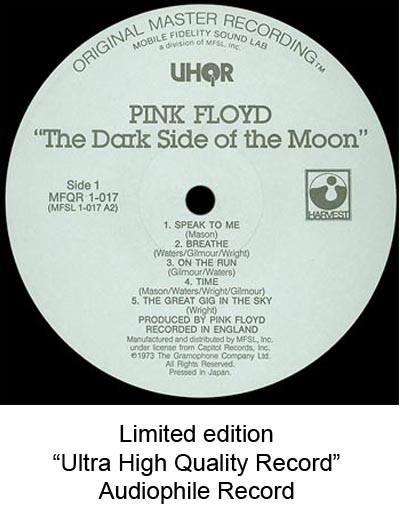 The company also made the decision to use only new, high-quality, “virgin” vinyl, as opposed to the recycled vinyl that was then in use by nearly every major record company. The vinyl that Mobile Fidelity used was a proprietary compound made by JVC in Japan called Supervinyl and had JVC manufacture the records in Japan. It was translucent, with a brownish-gray color when held to the light, had exceptional wear properties for repeated play, and had dead-quiet surfaces that allowed you to hear just the music, rather than a combination of music and record surface noise. Mobile Fidelity sold their records for nearly double the price of that of the major record companies, but enjoyed considerable success in the days prior to the invention of the compact disc. Their records were available in specialty record shops and at hi-fi stores, which often used their albums as demonstration discs.

Mobile Fidelity also declared up front that all of their titles were to be limited editions, claiming that fewer than 200,000 copies of any of their titles would ever be pressed. While this appeared to be an appeal to scarcity to encourage sales, it actually had more to do with requirements from the record companies from whom they were licensing the recordings. Most, if not all, of their contracts had time limitations on them; Mobile Fidelity could only sell a particular title for a specified period of time before they were contractually required to discontinue their sales of that title.

By licensing titles that were already big sellers, such as the Pink Floyd LP, Supertramp’s Crime of the Century, and the Grateful Dead’s American Beauty, Mobile Fidelity became quite successful, though not all record companies were interested in licensing their product to the label, nor were they interested in having it demonstrated to the public that the records they were selling themselves didn’t sound very good.

In 1982, Mobile Fidelity went a step further in producing audiophile records by creating the Ultra High Quality Record, or UHQR. These records used heavier, 200 gram vinyl, than the regular 140 gram releases from the company. The records were truly flat, unlike regular records, which tended to be thicker at the edge than in the middle. The records were kept in the presses longer than their regular releases in order to produce a better-defined disc. Only eight of these UHQR releases were ever issued, and they were limited to 5000 copies.